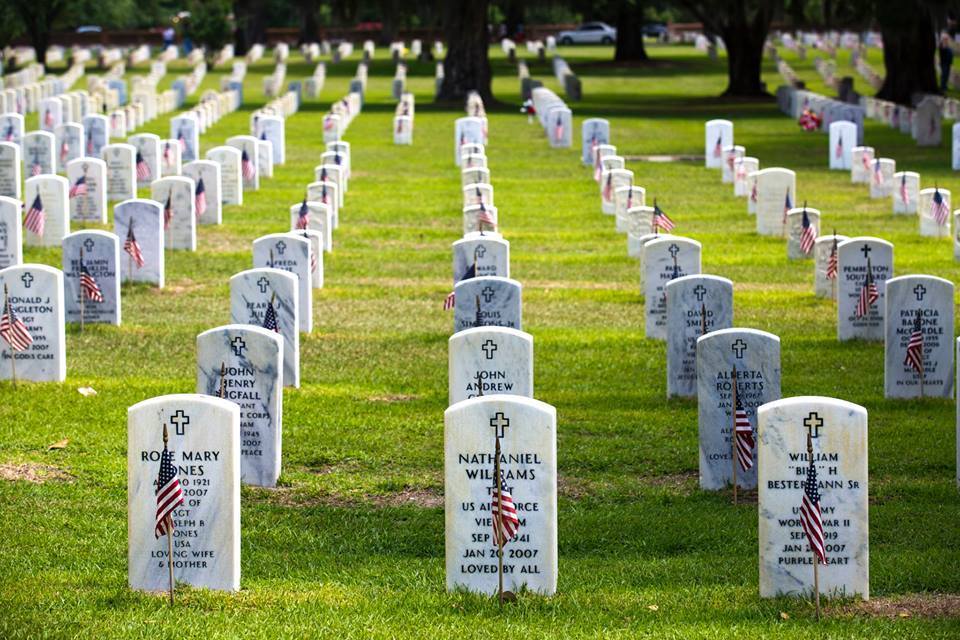 The enlistment oath for each member of the US Armed Services states they will:

"support and defend the Constitution of the United States against all enemies, foreign and domestic"

This wasn't always the case... the oath has changed over the years.

In 1862, the oath to affirm support to the Constitution of the United States replaced the oath calling for allegiance to the United States of America itself. That is a subtle but important difference. It aligned the military oath with the oath of office of the President and all other government officials.

It means that anyone who enlisted in the armed forces for the past 150+ years (since the civil war) did so to support and defend the constitution.

What does it mean to support and defend the constitution? Let's break in down.

1) "We the people" are the first three words of the document and form a succinct summary of the entire thing. Our constitution makes it clear that the government is granted power by the people. Not the other way around. We, the people, are in charge.

2) Separation of limited powers between the three branches: legislative, executive, and judicial. And many administrative rules around those branches.

3) The Federal Government shall protect each state against invasion and against domestic violence.

4) A bill of rights was not included in the original constitution because is was deemed implicit and evident that all rights were retained by the people and the states. However, a few states refused to ratify the constitution until a few rights were explicitly spelled out. This was not an enumeration of rights granted by the government. Instead this was a sample of the rights inherit in all humans. They were some of the most important and most often violated rights. Therefore, the Bill of Rights enumerated these rights as a guide and example of the rights protected by the constitution and all those who swear an oath to protect it.

Amendment 2) Protects the right to bear arms. It does not grant this right. That is a right already inherent as a natural right of being human. This amendment purely adds special protection to that right. The founders wanted to make sure that every citizen was capable of defending the constitution. The founders wanted to make sure no future government would ever try to disarm its citizens. That is often the first step down a dark and bloody path.

Amendment 3) Further protects property rights by prohibiting soldiers from occupying private homes during peace without consent of the owner.

Amendments 9 and 10) Two of the most important amendments when trying to understand the mindset of the founders. They were trying to capture the essence of individual liberty in the most succinct and future-proof way possible. The 9th states what I stated above multiple times… rights listed in the constitution are examples of the rights we already hold. The list is not exhaustive. The list does not grant us rights but protects them. The 10th limits the federal government and provides any remaining power to the state and individuals.

Over the last 200+ years… we added a few more amendments to deal with the end of the civil war and slavery, to expand voting rights, to establish the income tax, and some other administrative cleanup:

Amendment 11) Clarify that states can not be sued by citizens

Amendment 17) Modified how senators were elected

Amendment 25) More succession planning, and the ability to remove a sitting president if unfit.

Through all 26 amendments, liberties were never reduced (except the income tax - but that is a topic for another post). They were always preserved or expanded. That is what American Forces swear to protect: the rights of the Individual.

If you agree with the above, you might be a libertarian and not know it. Check out the World’s Smallest Political Quiz to see where you land. If you want to help expand Liberty in California. Donate and support Tim Ferreira for Lt. Governor.